Deeside Mineral Water flows naturally from ancient healing springs at the remote Pannanich Wells, once part of the estate of the Knights of St. John in the Scottish Highlands.

The springs became famous around 1760 when a local woman was cured of a fatal disease called scrofula, known as “the King’s Evil”, after drinking from and bathing in the healing waters. Word quickly spread and people flocked to take the "miracle waters”.

The local Laird built an Inn and Bath Houses for visitors who came to enjoy the waters and the remains of old bathing areas are still visible. He also constructed granite monuments which the waters flow from today.

The small community of Tullich became overwhelmed with visitors to the springs, with Ballater growing up as a spa town to accommodate those in search of the water that cured their ailments and invigorated their being.

A local doctor advertised his weekly presence at the springs in the Aberdeen Journal in the 1790s and prescribed appropriate doses of the water for a variety of conditions. He advised it should be drunk first thing in the morning on an empty stomach, followed by a brisk walk. Skin complaints were also treated and the doctor recommended the most suitable methods of bathing in the waters to aid recovery.

An extract from “The New Deeside Guide”, by James Brown in 1843 reads:

"These Wells…here at all times but more especially in summer, is a most immense concourse of people from all parts of the country, afflicted with all manner of diseases, so that it may also be compared to the pool of Siloam. People afflicted with rheumatism, people in a consumption, rickety bairns…people ill in the typhus, scarlet and other fevers, all flock here to drink the waters in whose efficacy they have great faith."

For over a century, visitors came for the special waters, including Lord Byron and Sir Walter Scott. John Brown, who was to become Queen Victoria’s famous Highland Gamekeeper, worked in the stable in the mid 1800s and Queen Victoria herself drank the waters in 1856 and wrote of them fondly in her Highland Journals. 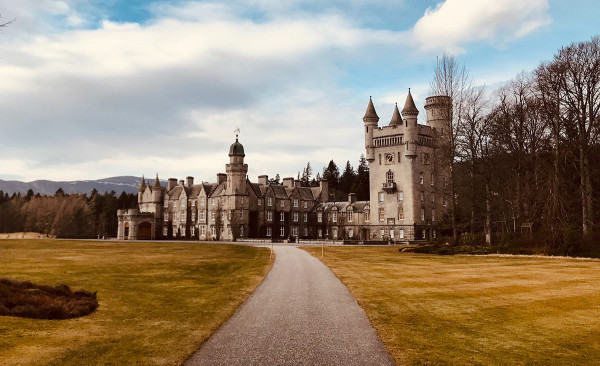 The advance of modern medicine in the mid 1800s meant a decline in visitors to once popular curative springs across the UK. The site was left dormant for part of the 20th century until 1987, when the rundown buildings were restored and the Wells lovingly reinstated.

In 1996, Deeside Spring Water was first produced, initially bottled by hand. The new brand was nurtured by the Simpson family and a small team of local people who made the unique waters available once again. They have never stopped flowing and the story continues.

In 1795 the Reverend Dr John Ogilvie, minister at nearby Midmar, wrote of the Wells:

I’ve seen the auld seem young and frisky,
Without the aid of ale or whisky,
I’ve seen the dullest hearts grow brisky
At blithesome, helpful Pannanich."

Queen Victoria first visited the springs around 1856 and wrote about them in her Highland Journals.

The Inn and granite monuments still stand today and the water has never stopped flowing.